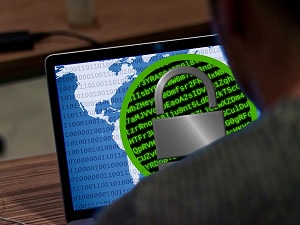 Over the last couple of years ransomware has become the malware of choice for hackers around the world. It’s easy to understand why. Hackers using malware win in two different ways. If they successfully breach a corporation they can steal copies of important files and sell them on the black market. They can simultaneously demand a fat payout from the company itself.

A strain called Lockbit has been around since at least 2019 and is aiming to become the ransomware of choice in the hacking world. The code talent behind Lockbit has been working hard to upgrade their malicious code with increasingly advanced capabilities that make it more effective, more efficient, and harder to stop.

Even more troubling is the fact that Lockbit’s owners have been offering their code as ‘ransomware-as-a-service’ on the Dark Web. This allows hackers to rent the code for a relatively modest price which increases its usage rate.

This ‘ransomware-as-a-service’ scheme has also accelerated the pace of the malware’s development. This is as the coders get suggestions and requests from their rapidly growing user base which are quickly incorporated into the code.

According to researchers at Trend Micro Lockbit’s popularity is booming and it is now one of the most popular and widely used ransomware strains on the market today.

Trend’s researchers indicated that a lot of Lockbit’s current success stems from the fact that the hackers behind the code emulated the moves of the most successful cyber gangs of the past. The group also seems to have benefited from the recent disappearance of a few high profile gangs taken down by law enforcement officials from around the world.

The bottom line is that the people behind Lockbit know what they’re doing. They’ve got a growing body of experience and are committed to updating their code. That means Lockbit will be a serious threat for the foreseeable future.