Firefox Is Now A Download Option In Windows Store 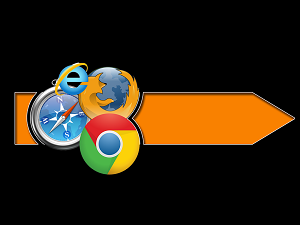 If you spend a lot of time browsing the Windows Store you may have noticed something unexpected. You can now download Mozilla’s Firefox browser from that source.

Previously Mozilla was unable to upload its browser to the Windows Store because Microsoft’s policies required that all browsers on their platform had to use the engine provided by Windows.

Recently the company changed that policy and stripped out that requirement. That makes sense given that Microsoft rebuilt their own Edge browser using Chromium as a base. The Redmond Giant accepted Opera on the Windows Store back in September of this year (2021) and more recently added Firefox.

A Mozilla spokesman had this to say about the addition:

“Previously, if you were on Windows and wanted to use Firefox you had to download it from the internet and go through a clunky process from Microsoft. Now that Microsoft has changed its Store policies, choosing Firefox as your desktop browser is even more seamless – and it comes with all the latest Firefox features.”

More choice for users is always a good thing. The inclusion of Firefox on the Windows Store gives Windows users easy and convenient access to a non-Chromium-based browser. Firefox is a good alternative well worth experimenting with because Mozilla has built a number of intriguing features into their browser that its larger competitors haven’t emulated yet.

Kudos to Microsoft for expanding the selection of browsers in the Microsoft Store and to both Opera and Firefox for their additions there. With any luck we may see a few additional niche browsers included as well.

If you haven’t considered Opera or Firefox take a few minutes to download both and give them a test drive. It’s not a terribly time intensive process and you may be pleasantly surprised.