Coalition Of Big Names Coming Together To Fight Ransomware 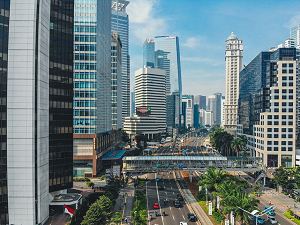 If you’re worried about ransomware attacks know that help is on the way.

The CISA (Cybersecurity & Infrastructure Security Agency) has announced a partnership with some of the biggest names in tech. The specific purpose of this collaborative effort called the Joint Cyber Defense Collaborative is to put an end to ransomware and other serious cyber threats.

In recent years ransomware has emerged as one of the favored tools of hackers around the world. It allows hackers to profit in two ways from networks they break into. They can sell any data that they collect prior to locking files and they can charge the victim a hefty fee to get their files unlocked.

The collaborative effort has gained global attention and the following companies have joined the government to assist:

The Collaborative will be expanded as time goes by and will eventually include other companies as well per the CISA. Also note that the CISA is not the sole governmental agency participating in the Collaborative.

The other agencies involved include:

This isn’t a half measure. There is much width and depth of expertise in the two lists above. It is apparent that the Collaborative means business and has the resources to get the job done.

No one is expecting that the Collaborative effort will be able to put an end to cyber attacks. With the capabilities of this group they will undoubtedly be able to make some serious headway. The very existence of the Collaborative may be sufficient to give at least some hackers pause.

This is great news indeed if you’re at all concerned about cyber security and the threats that hackers around the world pose.